Girls’ flag football is still in its infancy stages in America, but what one Staten Island team did last weekend was nothing short of remarkable. 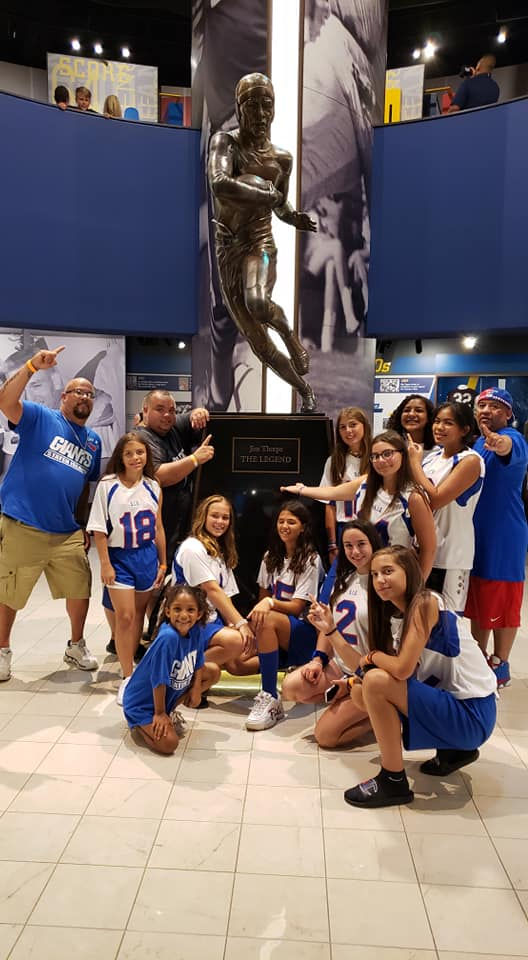 The Giants, who captured tournaments in Pennsylvania and upstate New York on the National Flag Football championship series, grabbed the No. 1 seed in the Summer Nationals and proceeded to knock off four of five opponents in two days of 100-degree plus heat en route to the national crown.

The team lost its first game in pool play (8-6) before going unbeaten the rest of the way.

CHECK OUT THE HS FOOTBALL SCHEDULES

“Their dedication and persistence paid off,” said Colt of the season-long success and national crown. “We had became a dominant team winning a few tournaments and beating some of the best teams from around the northeast like Ohio, New York, Maryland, Massachusetts, Pennsylvania to just name a few.”

The Giants beat the Athena Warriors of Pennsylvania, 6-0, in the title encounter. They advanced to the championship game by edging Massachusetts, 7-6, in the semifinals.

Title game most valuable player Jade Mazziotta hauled in the lone TD, making a short a catch, avoiding three flag pulls on her 35-yard jaunt after the catch en route to the end zone. 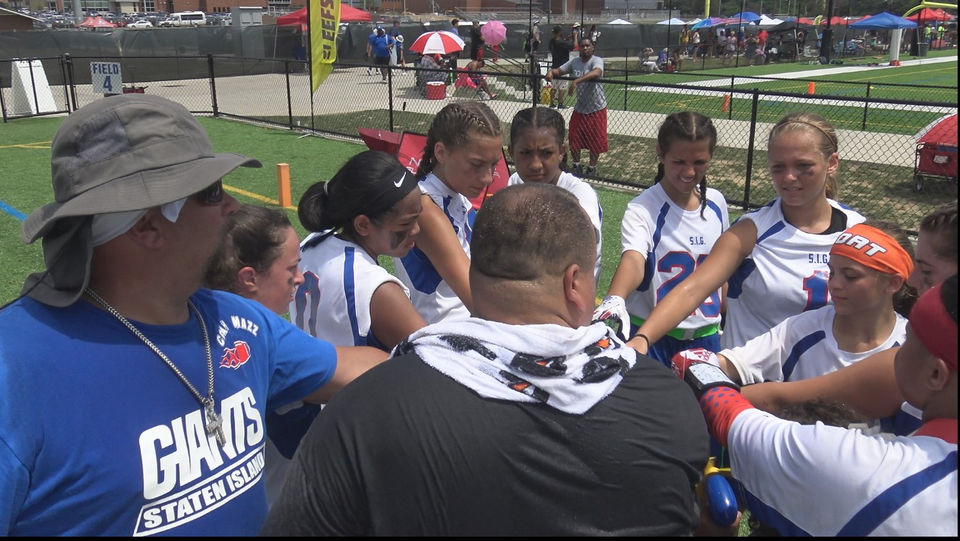 Of course, the defense posted the shutout in the championship, but came up big in the two-day event.

“Our secondary was led by Jenna Marrero, who led the team in interceptions in the two-day series,” said Colt. “The defensive front was led by Alison Grandlin, a flag-pulling machine with 11 flag pulls, keeping opponents to a very short field throughout the games. Our high-speed pass rushers, Juliana LaQuinta and Annabell Baez, forced QBs to throw short and miss their targets, while we got strong conrerback play from Isabella Bagon and Jade Mazziotta, who kept the outside throws to a minimum.” 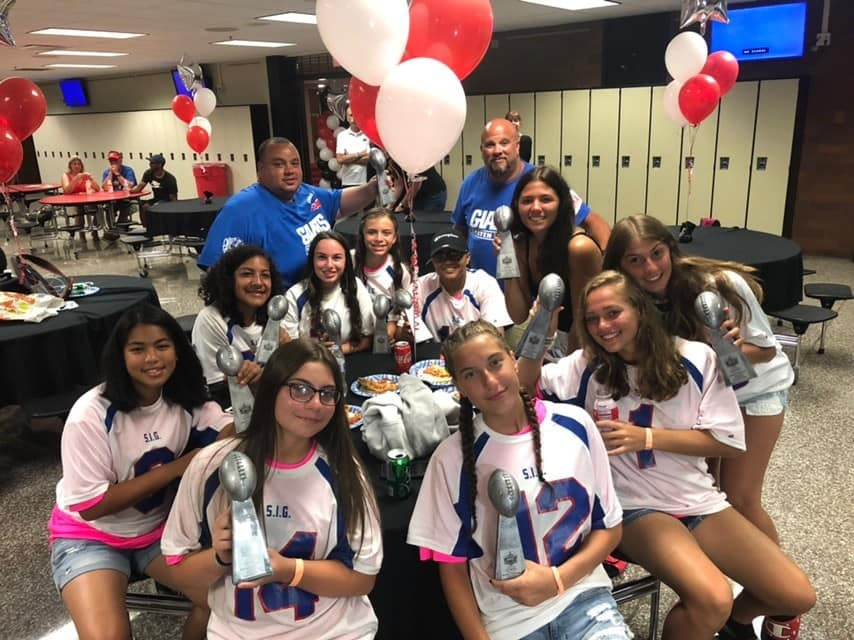 Colt noted three players — Victoria Rosas , Julia Arnone and Gianna Tirado — who could not make the trip but were instrumental with the team’s success this past season.

“These girls were missed (at the nationals),” added Colt, whose team finished with a 19-3 mark in the spring and summer.

At the Summer Nationals

To boot, the team just found out that they have been invited by the New York Giants to MetLife Stadium on Aug. 8 in East Rutherford, N.J, where the Staten Island Giants will be invited to watch warmups on the sidelines and will ring the ceremonial bell to start the game.

Students of the game: Women moving in, moving up into NFL scouting jobs

’21 Strong: Callie Brownson’s history-making year as a trailblazer for women in the NFL

These Women Were N.F.L. ‘Firsts.’ They’re Eager for Company.