Leading the Defense was Andrea Fracchia with 9 flag pulls. The Indians followed this with a non-district win and fifth shutout of the season, defeating Lennard 33-0. Hostelley went 19/27 for 219 yards, five TDs and no INTs. Shawnari Lynch caught two TDs while Chloe Dinard, Sara Hostelley and Kelsey Roundtree caught one TD each. Ta’Veyonna Brooks had 8 flag pulls leading the defense, which held the Longhorns to 42 total yards of offense.

East Bay closed the regular season against the Plant Panthers and faces Riverview in the District Semi Finals, May 1. For more information, visit www.ebhsgirlsflagfootball.com.

Their coach, Michael Cooper, believes glory comes in giving it your all, giving it your best. No matter, win or lose, know that you gave it your best effort and nothing less. It can be said these girls did just that — gave it their all. Congratulations on an amazing season. 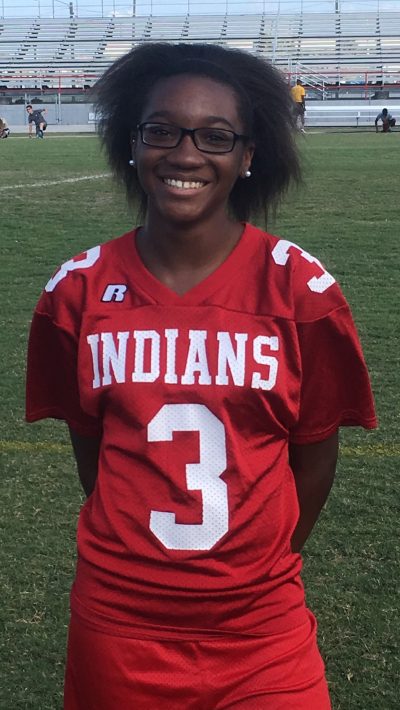 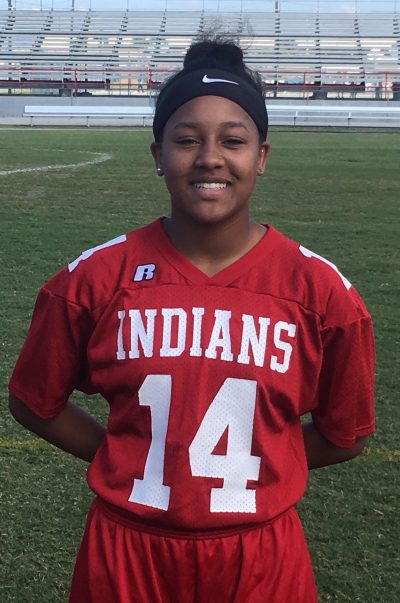 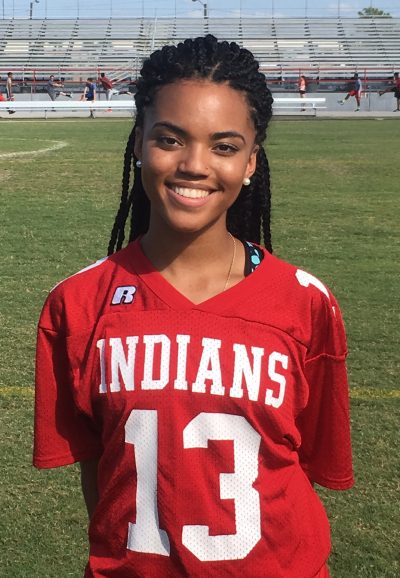 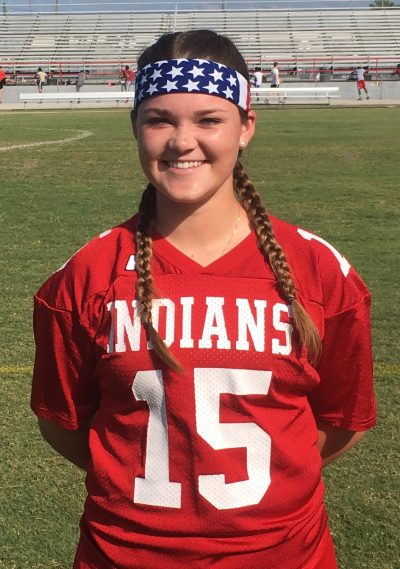